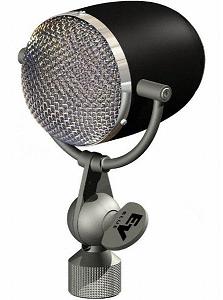 Singing is another thing my mom got me into at a very early age. Mom would play the piano for my sister and I as we sang at church. This began when I was about five years old. As a child, I mostly did duets with my sister. It wasn't until I was a little older before I began to sing solos.

I continued to sing with various groups, choirs, and my sister for several years. But, eventually I decided that singing just wasn't cool anymore. So, I left it alone. I got back into singing some during high school, but not solos. I was singing with a group of about 8 or so teenagers that formed from the youth band I played electric guitar with. This group eventually dwendelled down to the "Testimony" trio mentioned previously. I eventually quit singing with this group when I got to college.

A few years after I went to college, I started singing in the choir again. This was at around the same time I began playing drums again in church. After a year or two of singing with the church choir, I decided to start singing solos again. This was inspired by a popular song in christian radio sang by the group Avalon. The song was "The Glory of the Blood." I had not been listening to much christian radio at the time, and when I first heard this song, it nearly brought me to tears. I'm not sure exactly why the song spoke to me like it did, but I tend to think that the lyrics described exactly where I was at in my journey of salvation. I had lost the sense of how precious the sacrifice was that Christ made for us.

So, after many years without singing solos or duets, I asked my sister if she would sing this song with me. This song is very a strenuous song to the voice and pushed my vocal abilities to the limits: exactly what I needed to get myself back into singing again. After we sang the song in church, we got many praises and remarks about how good we did. I don't think had anything to do with how great of a vocalist I was, but the power of conviction with which we sang. Songs can be sung so much more dramatically when they mean something real to you. I still have in my Bible the note our youth minister's wife gave me when I sat down from singing that Sunday. It reads "It's about time you used that voice God gave you! =)" That note was nothing from the truth. God had given me the voice that I had and it was time for me to start using it.From that point on I began to redevelop my vocal skills as I sang more and more.

An interesting story about my singing was told to me after I was annointed for my ministry. My aunt had went through a divorce when my sister and I were very young. We used to spend the night with my aunt and uncle alot while they were still married. After my annointment, my aunt came up to me and told me how much my sister and I used to minister to her with our singing when she was going through her divorce, and she told me how much it helped her. I'm glad to know that God was using me at such a young age through my singing. I know that God will continue to use my voice in the future just as he has done in the past.